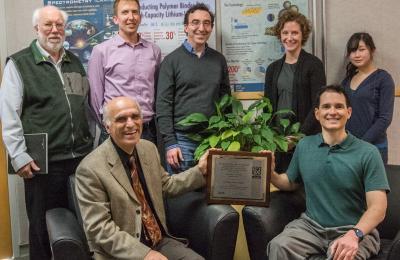 R&D Magazine's R&D 100 Awards, established 54 years ago, recognize 100 technologies and services introduced in the previous year deemed most significant by an independent panel of judges. This year's winners received the awards at a November 3 event in Washington, D.C.

The Cool Roof Time Machine simulates soiling and weathering processes in the lab, reproducing in less than three days the solar reflectance of roofing products naturally aged for three years. Published as ASTM Standard D7897-15, this method is the basis of the Cool Roof Rating Council's Rapid Ratings program. This process is about 400X faster than natural exposure, costs about 80 percent less for testing a single product, can facilitate rapid prototyping and can avoid three years of lost sales worth $4.5 million to $9 million per product. The Cool Roof Time Machine will speed the introduction of high-performance cool roofs both in the United States and globally. Cool roofs can lower a building's energy use and mitigate the urban heat island effect by reflecting sunlight away from buildings and cities.