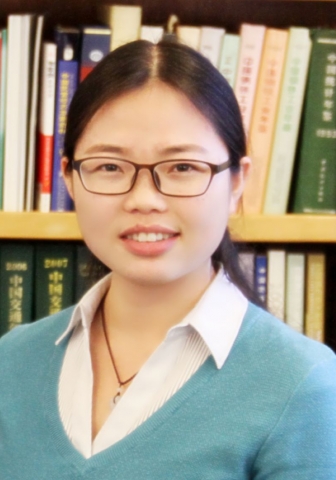 Dr. Hou got her bachelor degree in Construction Management from the Civil Engineering School in Lanzhou Jiaotong University, in 2010; she then got her master degree and Ph.D. degree in September 2012 and March 2017 separately from the School of Economics and Management in Beijing Jiaotong University. During Jing’s Ph.D., Dr. Hou conducted a one-year research work as a visiting Ph.D. candidate from August 2014 to August 2015 in CEG-LBNL, under China Scholarship Council (CSC) scholarship program.

  Jing Hou, Yisheng Liu and Hailong Zhu (2013). “The risk identification in risk management of contracting for international engineering”, Journal of Construction and Economy. (in Chinese)

IMPORTANT – READ CAREFULLY: This End User License Agreement (“Agreement") is a legal agreement between you (in your capacity as an individual and as an agent for your company, institution or other entity) (collectively, "you" or "Licensee") and The Regents of the University of California, Department of Energy contract-operators of the Ernest Orlando Lawrence Berkeley National Laboratory ("Berkeley Lab").

Downloading, displaying, using, or copying of the image by you or by a third party on your behalf indicates your agreement to be bound by the terms and conditions of the End User License Agreement and that you have read and agree to the Copyright Notice, Disclaimers and Usage Terms. You agree that the image selected by you may be used for noncommercial, educational purposes only; no derivative works are allowed, photos of individuals may only be used for identifying the individual and/or their research, and attribution and copyright notice is required. Please credit the Lawrence Berkeley National Laboratory and provide the following copyright notice: "© 2010 The Regents of the University of California, through the Lawrence Berkeley National Laboratory."

If you do not agree to these terms and conditions, do not download, display or use the image.