Art Rosenfeld, Berkeley Lab scientist, scholar-activist, and public servant, transformed the field of energy efficiency from a research afterthought into a mainstream movement. He is directly responsible for cultivating the growth and research agenda of the Energy Technologies Area at Berkeley Lab, and especially with the Buildings group. 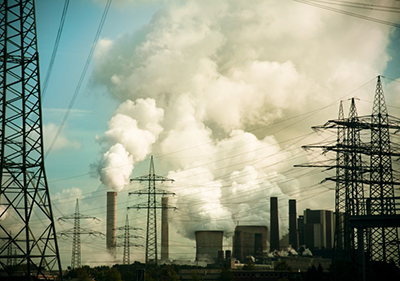 Rosenfeld's research, done in conjunction with many BTUS researchers, have saved consumers billions of dollars, prevented billions of tons of carbon from polluting our world and demonstrated to governors and Presidents alike that economic growth did not require more power plants.

For Rosenfeld, conservation and energy efficiency were not trivial or second rate. They were rigorous, applied science, rooted in real life experience. And as he took aim at energy inefficiencies—from buildings and lighting to appliances and computers—he inspired countless scientists and scholars around the world to do the same. 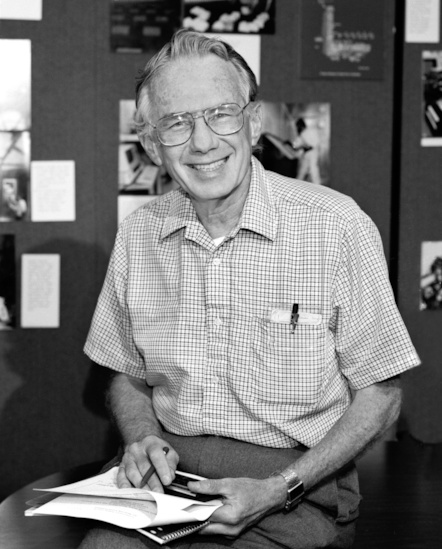 Berkeley, Calif. (Jan. 27, 2017) — Art Rosenfeld, a Lawrence Berkeley National Laboratory (Berkeley Lab) Distinguished Scientist Emeritus who is also known as California’s “godfather” of energy efficiency and who has been credited with being personally responsible for billions of dollars in energy savings, died Friday at his home in Berkeley, California. He was 90.

A particle physicist who decided one evening four decades ago to turn off unused lights in his Berkeley Lab office building, Rosenfeld went on to create the field of energy efficiency, inspire an entire generation of energy researchers, and conduct the rigorous engineering analyses that would lead to breakthroughs in low-energy lighting, windows, refrigerators, buildings, and many other areas, while convincing utilities and policymakers that new power plants—and their accompanying greenhouse gas emissions—were not necessary.

The term “Rosenfeld effect” was coined to explain why California’s per capita electricity usage has remained flat since the mid-1970s while U.S. usage has climbed steadily and is now 50 percent higher than it was 40 years ago. He is also behind “Rosenfeld’s Law,” which states that the amount of energy required to produce one dollar of economic output has decreased by about 1 percent per year since 1845. 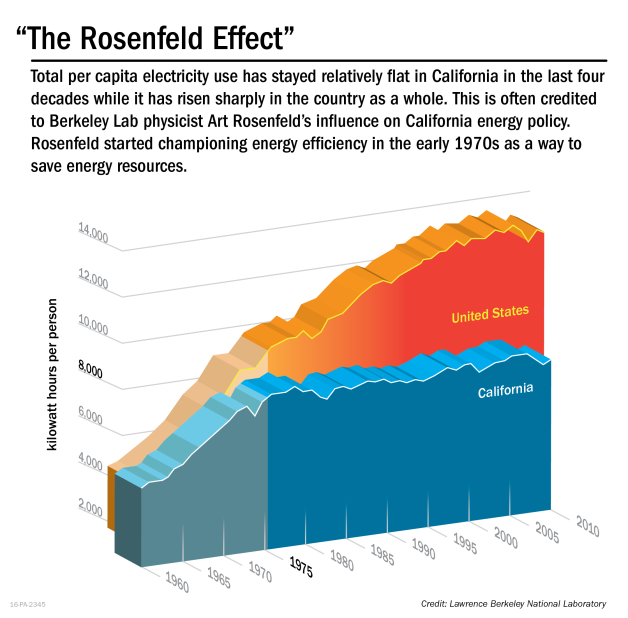 His many admirers included former Secretary of Energy Steve Chu, who has called him a “hero.” “Art was one of the most decent, generous, engaging, passionate, and thoughtful people that I have known. His wonderful persistence in asking interesting, important questions and being completely open to new ideas makes him a compelling colleague,” Chu said. “The climate crisis has given his work even greater significance. Indeed, it is no exaggeration to say that the field Art pioneered is now indispensable in how we transition to a sustainable future.”

Rosenfeld was famous for his detailed calculations, but he also had a knack for translating the results into terms that could be easily understood. For the layperson, results were expressed not in scientific units but in terms of equivalencies, such as how many cars would be taken off the road or how many power plants that would not need to be built. In 2010, 54 scientists from 26 institutions around the world co-authored a paper proposing the “Rosenfeld,” a unit of measurement to express that very concept—they defined the Rosenfeld as electricity savings of 3 billion kilowatt-hours per year, the amount needed to replace the annual generation of a 500 megawatt coal-fired power plant.

Awards and accolades
It was a concept he liked to use with politicians and policymakers—to great effect. In 1976 he pointed out to Gov. Jerry Brown that a proposed nuclear power plant would not be needed if refrigerators were required to be more efficient. As a result, the proposed plant was not built, and the following year standards for new refrigerators and freezers went into effect.

“He gave validation to the very unorthodox notion that economic growth could be decoupled from energy growth,” Brown told the Los Angeles Timesin 2010. “He was really the guru of efficiency.” 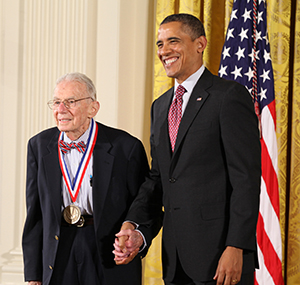 As the energy savings accumulated, so did recognition for his work. He received the Szilard Award for Physics in the Public Interest in 1986, the Carnot Award for Energy Efficiency from the Department of Energy in 1993, and the Berkeley Citation in 2001 from the University of California.

In 2006 he won the Enrico Fermi Award, one of the nation’s oldest and most prestigious awards for scientific achievement. In 2010 he was awarded the Global Energy International Prize, established by Russian scientists in 2002. That year he was also voted into the National Academy of Engineering.

In 2012 Pres. Obama named him one of 11 recipients of the National Medal of Technology and Innovation, one of the highest honors bestowed by the United States Government upon scientists, engineers, and inventors.

And just last year the Tang Prize Foundation announced that it was awarding to Rosenfeld its 2016 prize in Sustainable Development “for his lifelong and pioneering innovations in energy efficiency resulting in immense reductions in energy consumption and greenhouse gas emissions around the world.”

Turning Off the Lights

Rosenfeld was born in Alabama in 1926. He served in the U.S. Navy for two years at the end of World War II, then entered graduate school at the University of Chicago, where he became, as he often said, "Enrico Fermi's last graduate student." On the strength of a recommendation from Fermi, he later moved to Berkeley in the 1950s to work as a physicist in the Nobel Prize-winning particle physics group of Luis Alvarez. 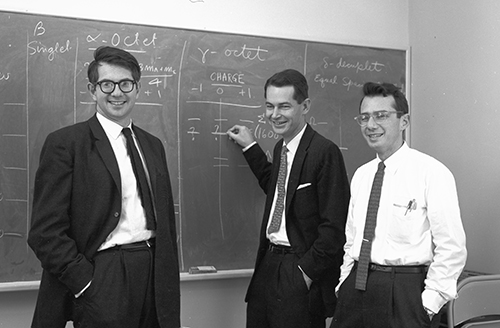 Rosenfeld played a key role in the development of the hydrogen bubble chambers Alvarez was building to detect particles produced in the new Bevatron at what was then called the Radiation Laboratory (now Lawrence Berkeley National Laboratory). They identified a dozen new particles, and when Alvarez was awarded the Nobel Prize in Physics in 1968, he invited Rosenfeld and others in the lab to Stockholm for the celebration.

Five years later Rosenfeld was leading the old Alvarez group when the OPEC oil embargo struck. Late one Friday evening in 1973, while sitting at the office and thinking about the half hour he would have to wait in line the next day to buy gas, he decided to calculate how much energy could be saved by turning off unused lights. That was the turning point.

“After 20 minutes of uncovering light switches (and saving 100 gallons for the weekend), I decided that UC Berkeley and its Radiation Laboratory should do something about conservation,” he wrote in a 1999 autobiography of his career, “The Art of Energy Efficiency.” 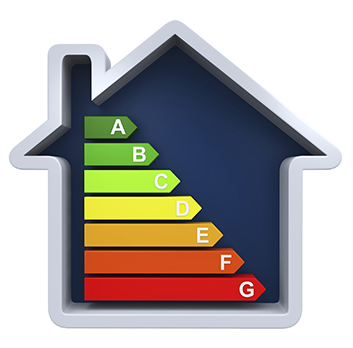 Soon he switched his focus to energy and the environment full time. He founded the Center for Building Science at Berkeley Lab in 1975, where a broad range of energy efficiency standards and technologies were developed under his 20-year leadership. These include electronic ballasts for fluorescent lighting–a key component of compact fluorescent lamps (CFLs)–and a transparent coating for window glass that blocks heat from either escaping (winter) or entering (summer). He was personally responsible for developing the DOE-1 and DOE-2 series of computer programs for building energy analysis and design that were incorporated in California’s building energy efficiency standard in 1978. The DOE-2 series has served as the national standard of building energy analysis for 25 years.

His career shift was not without controversy. Some thought it was unwise to abandon a promising physics career while others wanted him fired. The criticisms served only to harden his resolve.

As he wrote in the 1999 article, his calculations questioning the need for more power plants in 1975 angered the utilities: “PG&E called LBNL’s then-director Andy Sessler to complain that physicists were unqualified to project electricity-demand scenarios and to suggest that I be fired. Because my wife and my colleagues, including Sessler, had been telling me that I was overqualified to work on energy efficiency, I found the PG&E complaint somewhat comforting.”

In 1980 Rosenfeld and a few others decided to form a nonprofit think tank, the American Council for an Energy Efficiency Economy (ACEEE), “in cold fury at President Carter,” as he put it. “In his first budget he proposed $88 billion for alternative fuels, and for conservation he proposed a sweater. So we proposed to do a study.” ACEEE continues to play a leading role in federal energy policy.

Rosenfeld has influenced and inspired legions of energy researchers. Many still recall wandering into one of his classes and deciding to switch or re-focus their career. His graduate students and those he has worked with and mentored are now leading energy researchers at institutions all over the country, from Berkeley Lab and Stanford University to the Natural Resources Defense Council and the Energy Foundation.

“He was always a model of how to be true to the science and how to work on problems of social significance that are on the cutting edge of science at the same time,” said Ashok Gadgil, a former grad student of Rosenfeld’s who is now deputy of the Energy Technologies Area at Berkeley Lab. “He’s been a role model not just to me but to literally hundreds of other people.” 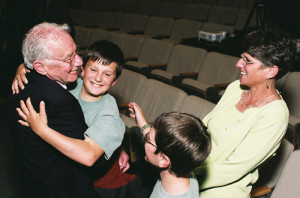 Nearing 70 years old when Bill Clinton came to office, he was nowhere near ready to retire. Instead, seeing some old friends taking on government jobs, “I began to catch a case of Potomac fever,” he wrote. In 1994 he moved east to serve in the Clinton Administration as a Senior Advisor to the Department of Energy’s Assistant Secretary for Energy Efficiency and Renewable Energy, where he worked on climate change and low-carbon technologies.

After 10 years on the CEC Rosenfeld returned to Berkeley Lab in 2010 to the Heat Island Group he helped launch in 1985. Its mission is to investigate how cooler surfaces can help cool cities while also cooling the planet. In recent years he was a vocal advocate for cool roofs, co-authoring several papers on how cool roofs can offset carbon dioxide emissions and mitigate global warming. In total he has authored or co-authored more than 400 refereed publications or book chapters.

Rosenfeld is survived by his two daughters, Dr. Margaret Rosenfeld and Dr. Anne Hansen, and six grandchildren. His wife of 53 years, Roz, passed away in 2009.

The fellowship will allow an outstanding recent or upcoming Ph.D. recipient to engage in innovative research leading to new energy efficiency technologies or policies and reduction of adverse energy-related environmental impacts.

In 2014 the UC Berkeley Graduate Assembly initiated the Art Rosenfeld Award for Energy Efficiency as a graduate student fellowship.