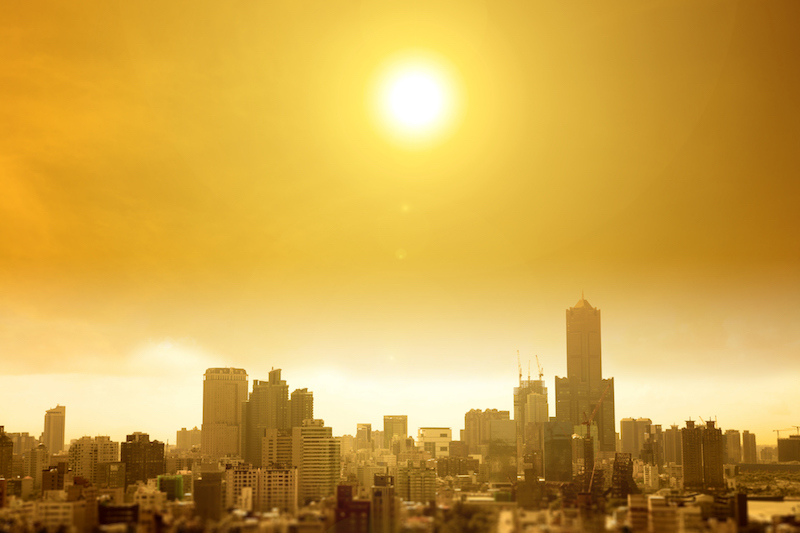 Extreme weather events – such as severe drought, storms, and heat waves – have been forecast to become more commonplace and are already starting to occur. What has been less studied is the impact on energy systems and how communities can avoid costly disruptions, such as partial or total blackouts.

Now an international team of scientists has published a new study proposing an optimization methodology for designing climate-resilient energy systems and to help ensure that communities will be able to meet future energy needs given weather and climate variability. Their findings were recently published in Nature Energy.

“On one side is energy demand – there are different types of building needs, such as heating, cooling, and lighting. Because of long-term climate change and short-term extreme weather events, the outdoor environment changes, which leads to changes in building energy demand,” said Tianzhen Hong, a Berkeley Lab scientist who helped design the study. “On the other side, climate can also influence energy supply, such as power generation from hydro, solar and wind turbines. Those could also change because of weather conditions.”

Working with collaborators from Switzerland, Sweden, and Australia, and led by a scientist at the Ecole Polytechnique Fédérale de Lausanne (EPFL), the team developed a stochastic-robust optimization method to quantify impacts and then use the data to design climate-resilient energy systems. Stochastic optimization methods are often used when variables are random or uncertain.

“Energy systems are built to operate for 30 or more years. Current practice is just to assume typical weather conditions today; urban planners and designers don’t commonly factor in future uncertainties,” said Hong, a computational scientist leading multi-scale energy modeling and simulation at Berkeley Lab. “There is a lot of uncertainty around future climate and weather.”

“Energy systems,” as defined in the study, provide energy needs, and sometimes energy storage, to a group of buildings. The energy supplied could include gas or electricity from conventional or renewable sources. Such community energy systems are not as common in the U.S. but may be found on some university campuses or in business parks.

The researchers investigated a wide range of scenarios for 30 Swedish cities. They found that under some scenarios the energy systems in some cities would not be able to generate enough energy. Notably, climate variability could create a 34% gap between total energy generation and demand and a 16% drop in power supply reliability – a situation that could lead to blackouts.

“We observed that current energy systems are designed in a way that makes them highly susceptible to extreme weather events such as storms and heat waves,” said Dasun Perera, a scientist at EPFL’s Solar Energy and Building Physics Laboratory and lead author of the study. “We also found that climate and weather variability will result in significant fluctuations in renewable power being fed into electric grids as well as energy demand. This will make it difficult to match the energy demand and power generation. Dealing with the effects of climate change is going to prove harder than we previously thought.”

The authors note that 3.5 billion people live in urban areas, consuming two-thirds of global energy, and by 2050 urban areas are expected to hold more than two-thirds of the world’s population. “Distributed energy systems that support the integration of renewable energy technologies will support the energy transition in the urban context and play a vital role in climate change adaptation and mitigation,” they wrote.

Hong leads an urban science research group at Berkeley Lab that studies energy and environmental issues at the city scale. The group is part of Berkeley Lab’s Building Technology and Urban Systems Division, which for decades has been at the forefront of research into advancing energy efficiency in the built environment.

Founded in 1931 on the belief that the biggest scientific challenges are best addressed by teams, Lawrence Berkeley National Laboratory and its scientists have been recognized with 13 Nobel Prizes. Today, Berkeley Lab researchers develop sustainable energy and environmental solutions, create useful new materials, advance the frontiers of computing, and probe the mysteries of life, matter, and the universe. Scientists from around the world rely on the Lab’s facilities for their own discovery science. Berkeley Lab is a multiprogram national laboratory, managed by the University of California for the U.S. Department of Energy’s Office of Science.

DOE’s Office of Science is the single largest supporter of basic research in the physical sciences in the United States, and is working to address some of the most pressing challenges of our time. For more information, please visit energy.gov/science.