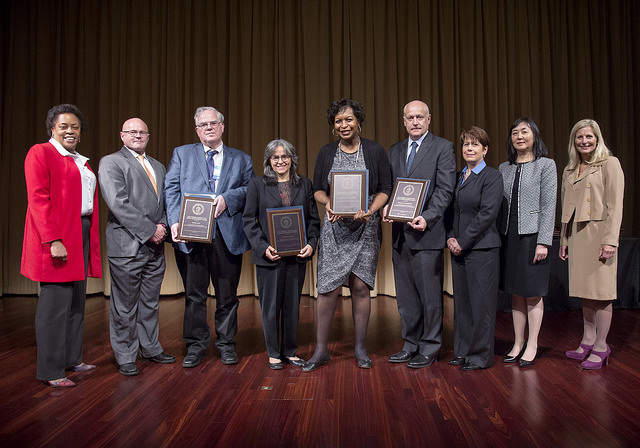 Gerald Robinson recently received a 2017 Federal Energy and Water Management Award for his work as part of a federal team that developed an innovative, multi-agency contract solution that saved the government millions of dollars. In the picture, Robinson is  fourth from the right.

Robinson worked with several agencies to conduct the first-ever aggregated procurement for on-site solar PV arrays. By pooling their buying power, the agencies made it easier and cheaper for vendors to respond to their solicitation, which led to a lower overall project cost. ​The coordinated effort saved the government an estimated ​$13.8 million and created 93 U.S. jobs.