Getting Commercial Buildings to Net-Zero 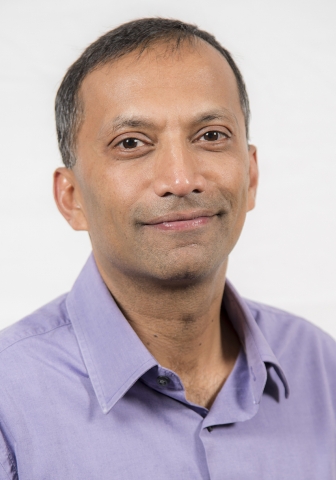 Only about 700 of the 5.9 million commercial buildings in the U.S. are net-zero. Why is that? Paul Mathew, head of the Whole Building Systems Department at Lawrence Berkeley National Lab (Berkeley Lab), delves into this question on a recent episode of The Big Switch podcast.

Mathew and host Melissa Lott discuss what he calls the “yawning adoption gap” for efficiency technologies in existing commercial buildings.

“A lot of people just don’t even think about efficiency and energy costs in their building,” Mathew said. “There’s a salience question of, ‘do I even pay attention to it?’”

“It would be so great to have 1-800-DECARBONIZE-MY-BUILDING,” Mathew said. “A service provider that comes and benchmarks your building, identifies what you need, runs the audit, gets the contractors, and has it delivered.”

The idea alludes to energy-as-a-service, something that exists but needs to vastly expand, Mathew explained. These are companies that can offer simple package solutions for efficiency, much in the way the solar industry expanded by offering end-to-end services that made getting rooftop panels relatively easy.

“A key element, in my view, is standardization,” Mathew said.