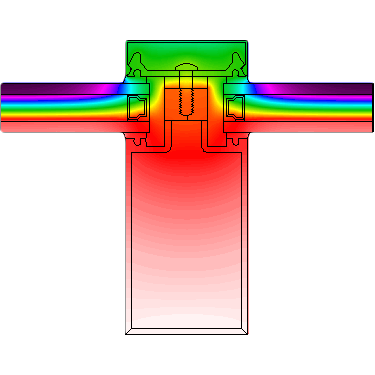 Lawrence Berkeley National Laboratory (Berkeley Lab) has been awarded more than $4 million by the Department of Energy (DOE) to undertake three projects aimed at improving the energy efficiency of buildings, which account for more than 40 percent of the country's energy consumption and greenhouse gas emissions.

The projects, all developed in the Lab's Energy Technologies Area (ETA), will help meet the DOE goal to reduce the energy intensity of the U.S. building sector by 30 percent by 2030. They include:

On average, nearly a third of the energy used in buildings is wasted. It's estimated that if the U.S. reduced energy use in buildings by 20 percent, the nation could save nearly $80 billion annually on energy bills.

"Berkeley Lab has been at the forefront of building technologies research for more than 30 years, having pioneered innovations such as efficient lighting, low-emissivity windows, and versatile tools for building designers," said Ramamoorthy Ramesh, Associate Lab Director for ETA. "We are continuing to build on that foundation while utilizing more from the science toolkit, such as advanced materials and nanoscience."

The super insulation project is led by Berkeley Lab scientist Ravi Prasher, who discovered almost 10 years ago that nanoparticles could be assembled in a way to control the heat that flows through them. "The purpose of insulation is to stop the flow of heat - it prevents heat from escaping your house during winter and letting heat in during summer," Prasher explained. "So you need a material with low thermal conductivity."

Prasher's research found that the heat flow through nanoparticles is strongly dependent on three factors - the size of the nanoparticle, a property called acoustic mismatch, and the surface chemistry of the nanoparticle. "An optimal combination of these three things can dramatically reduce thermal conductivity and give you something similar to aerogel," he said.

Aerogel is an emerging insulation technology with low thermal conductivity, about twice as good as conventional insulation. However, because it is more than 95 percent air, aerogels are mechanically fragile. Additionally, because they use a process called supercritical drying in manufacturing the cost can be up to 10 times higher.

With $1.5 million in DOE funding, Prasher, working with ETA scientist Wei Tong, intends to develop a process that does not use supercritical drying for making the new insulation. "We want to use a nanoparticle that's cheap and abundant," Tong said.

In parallel, scientists at Oak Ridge National Laboratory (ORNL) will perform energy savings analysis and identify key performance criteria to make the product competitive. "We believe our insulation will have the same performance as aerogel at half the cost, and mechanically it will be at least 10 times stronger than aerogel," Prasher said.

Moisture resistance and energy efficiency are strongly linked. "Almost by definition, energy efficient building envelopes can't use heat to drive out moisture that has penetrated. Unless you pay attention to moisture issues during design, you can really create a health disaster in the form of mold," Curcija said. "This has led some builders to shy away from more energy efficient designs."

Moisture also tends to destroy constructions over time. "To be able to analyze moisture while optimizing envelope thermal properties will lead to design of buildings that are not only more energy efficient but also longer lasting."

DOE will provide $1.25 million for the project.

The third project, with $2 million in DOE funding, will tackle key problems in control systems. These systems manage heating, cooling, ventilation, and lighting in large commercial buildings and try to maintain occupant comfort while minimizing energy use.

The typical process of designing and implementing control systems is manual and error-prone and results in more than 300 terawatt-hours per year of wasted energy (or about $30 billion in energy costs), according to Philip Haves, co-lead of the project.

"It's no exaggeration to say that controls are the Achilles heel of commercial buildings," he said. "The connection between the controls as designed and the controls that actually get implemented is often tenuous at best. If we're trying to get to innovative, high-performance buildings that use less energy, then the model used today for controls delivery is not going to work."

"Our tool, OpenBuildingControl, will allow the designer to run simulations to find the most energy efficient strategy before actually building the building," Wetter said. "It will then translate the simulated controls into sequences that can run directly in the building control system. This will reduce installation cost and provide assurance to the building owner that controls are implemented and installed as designed."

A broad group of industry collaborators, including Arup North America, CBRE, and several large building portfolio owners, will provide input, testing facilities, and initial deployment channels to spur widespread adoption of the platform. "What we're doing is quite innovative for the building industry, and there are advantages for everyone, from controls companies to contractors to building owners," Haves said.

The benefits to the country's energy bills are also expected to be substantial. "Our goal is to reduce the current energy waste of $30 billion annually, through a process that includes end-to-end quality control at lower cost to all stakeholders," Wetter said. "This will be a win-win for all parties involved."

The projects are supported by the DOE's Office of Energy Efficiency and Renewable Energy (EERE).