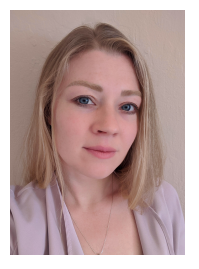 A Q&A with Berkeley Lab researcher Hanna Breunig on technoeconomic analysis, and how she uses it to make negative emissions technologies more competitive

For new energy technologies, the time elapsed from when a breakthrough is made in a laboratory setting until when it is validated, scaled up, piloted, and then widely commercialized can be years or even decades. But in the race to avoid the most damaging impacts of climate warming, the need for negative emissions technologies is urgent.

Negative emission technologies, or NETs – also referred to as carbon removal technologies – remove carbon dioxide from the air or other sources or enhance natural carbon sinks, such as forests and soil. Recently, the Intergovernmental Panel on Climate Change (IPCC) concluded that limiting global warming to 1.5 degrees Celsius and avoiding the most catastrophic impacts of climate change will require the use of NETs by the middle of this century.

At the Department of Energy’s Lawrence Berkeley National Laboratory (Berkeley Lab), researchers like Hanna Breunig, who specializes in technoeconomic analysis, have been working with scientists for years on energy technologies such as hydrogen and biofuels. Now they’ve rolled up their sleeves to dig in deep on emerging negative emissions technologies, helping the scientists to make their innovations more competitive and impactful.

Q. What is your background and expertise?

My doctorate is in civil and environmental engineering, and in my PhD thesis I looked at CO2 injection underground and CO2 utilization in industry. I worked with [Berkeley Lab scientists] Thomas McKone, Jens Birkholzer, and Curt Oldenburg to understand the potential scale, cost, and impacts of CO2 conversion and sequestration options.

At Berkeley Lab there’s been a real push to couple the researchers working on fundamental science with people like myself who are familiar with market analysis, technology deployment, and scenario modeling. Integrating technoeconomic analysis in the research and development can not only help the science to make a competitive impact, it can help in comparing technologies and deciding what to invest in. I don't just think about the costs. I also think about the lifecycle implications. You want to know that any negative emissions technology being deployed can lower CO2 concentrations while not creating unacceptable impacts in other categories, such as the generation of criterial air pollutants.

Q. Can you give me an example of how your analysis might guide the R&D?

I've been working with [Berkeley Lab materials scientist] Jeff Long on his metal-organic frameworks, or MOFs [read about “A Sponge to Soak Up Carbon Dioxide”], for hydrogen storage. He’s also looking at MOFs for direct air capture (DAC) of carbon dioxide from the atmosphere. The real thing he wanted to understand is how do you connect material discovery and design with very practical engineering principles to make an impact on the cost. It's takes sophisticated technoeconomic analysis to connect and translate information among these different disciplines to guide the research and development.

For example, on the DAC technology, my research can determine the importance of having a system that releases the CO2 very easily after capture at mild conditions, or having a system that can adsorb tons and tons of CO2 in one cycle. There are often trade-offs between capital investment versus operation costs, but MOFs are famous for their tunability, and perhaps both challenges facing DAC can be overcome.

Q. Interesting. How would you evaluate those trade-offs? What kind of analyses do you do?

In a first pass, I create almost black-box process models, where I start at a very high level and model the novel technology component based on known material properties and fundamental engineering principles. This is a valuable exercise as we rarely have prototypes or pilot systems to guide us. From this black-box model we can understand the number of MOF-filled units needed for a given target capture of CO2, the energy needs, and all the necessary infrastructure around it – the compressors, the refrigeration units. Then, depending on where I assume the DAC systems is deployed in the United States, I can estimate the cost of the electricity or heat source and the greenhouse gas emissions associated with that energy. Comparing the cost and emissions from energy consumption with the capital cost of the system helps me reach some preliminary conclusions before doing a deeper dive on the DAC process models.

I also do a sensitivity analysis. I might tweak, for example, how would that material perform in theory if its adsorption looks like this; how does that affect costs compared to if its kinetics changed a little bit? And the scientists would help guide me in that sensitivity analysis to say, okay, here's a low and high number of what we see in our research or what's even theoretically possible. That way I'm tinkering with my model in very reasonable ways.

Q. At what point in their research do you start working with scientists?

If you're familiar with the “technology readiness level” scale, where TRL 1 is conceptual and TRL 9 is a system is launched and successful in real-world conditions, I can do technoeconomic analysis for every single one of those. Even at TRL 10 there's troubleshooting, or you enter a new policy landscape and the developers want to understand their next decision. And at the concept level, it can be simply helping scientists start to assess the practicality of different designs or figure out what existing technologies their system would even be competing against. So, it's almost more like a market analysis and engineering design exercise at this stage.

Q. Are there any special considerations when doing technoeconomic analysis for negative emissions technologies as opposed to other energy technologies?

Without systems analysis to guide deployment, a negative emissions technology could be very expensive or worse, very ineffective. There are a number of different negative emissions technologies beyond DAC, but I will focus on that since I’ve used that as my example. If you run DAC on an electricity grid that's powered by natural gas and coal, it’s estimated that you're actually emitting more CO2 that what is captured. But if you're running DAC using renewable electricity, then you will emit less CO2 than what is captured. So, if you say your technology costs $500 to capture a ton of CO2, but a half ton is emitted due to energy consumption, we're actually only offsetting half a ton. So now it's $1,000 to offset a ton. That's the kind of discussions that I can help add real numbers to.

Secondly, what you do with that captured CO2 is important. Converting it to another chemical product or storing it underground has an energy penalty associated with it. So, there's a host of issues around the lifecycle that can be case-specific and therefore very challenging to communicate.

Finally, we need to consider logistics. We need to know where the CO2 is being captured. Without this piece, it is hard to model the supply chain and answer questions around whether it make sense to store it or convert it onsite or transport that CO2 to a location where you can do something with it. We can’t allocate all of our limited renewable energy resources to negative emissions technologies, so we will need to be prudent about where we deploy DAC based on those renewable energy resources, as well CO2 sources and CO2 sequestration options. So, I'm going to be thinking very critically about the supply and also the coupling of these systems. While a lot of these technologies are rising up in technology readiness level, the coupling of them is very early stage.

Founded in 1931 on the belief that the biggest scientific challenges are best addressed by teams, Lawrence Berkeley National Laboratory and its scientists have been recognized with 14 Nobel Prizes. Today, Berkeley Lab researchers develop sustainable energy and environmental solutions, create useful new materials, advance the frontiers of computing, and probe the mysteries of life, matter, and the universe. Scientists from around the world rely on the Lab’s facilities for their own discovery science. Berkeley Lab is a multiprogram national laboratory, managed by the University of California for the U.S. Department of Energy’s Office of Science.

DOE’s Office of Science is the single largest supporter of basic research in the physical sciences in the United States, and is working to address some of the most pressing challenges of our time. For more information, please visit energy.gov/science.