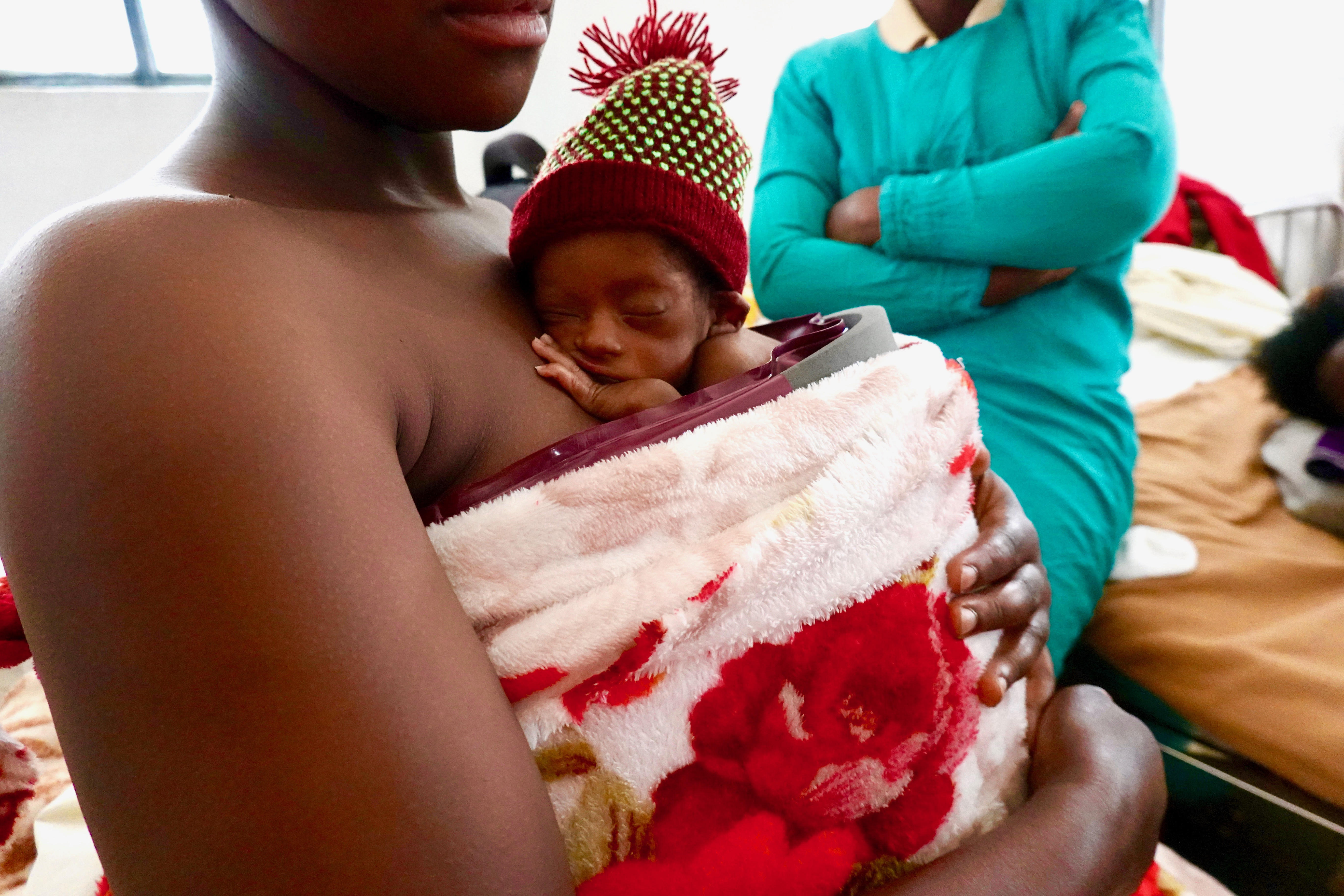 Newborn babies, particularly those born under-weight or preterm, are susceptible to hypothermia, since newborns are not yet able to maintain their own body heat. Hypothermia is recognized to be a significant contributor to newborn disease and death, particularly in low- and middle-income countries.

The World Health Organization and public health leaders have recommended best practices to prevent hypothermia in newborns. These include skin-to-skin contact with the mother, and if available, a supplemental external heat source. A new infant-warming device developed at Berkeley Lab and UC Berkeley offers a promising solution that does not require electricity, and is low-cost, convenient, and reusable.

A recent study in The Lancet found that the infant-warming device, known as the Dream Warmer, proved to be safe and effective at significantly lowering newborn mortality rates associated with hypothermia in Rwanda. The findings from a field trial led by Harvard Medical School showed that use of the infant warmer resulted in a drop in infant mortality from 2.8% to 0.9% in hospitals in Rwanda.

The Dream Warmer is a wrap-around pad containing a phase-change material, which is a substance that can absorb and release large amounts of thermal energy or heat when it melts or freezes. The Dream Warmer maintains a temperature of 98.6 degrees Fahrenheit, the average human core temperature, for approximately six hours. The phase-change material is melted using boiling water and allowed to cool prior to use with newborn infants.

The technology was developed by Berkeley Lab scientists Ashok Gadgil and Vi Rapp, and builds upon an earlier design by Mike Elam, Jonathan Slack, and others at Berkeley Lab and UC Berkeley.

Gadgil and Rapp expected to see some effect on infant mortality but were thrilled to see the threefold drop. “That was a huge and quite unexpected result,” said Gadgil.

“These results demonstrate the effectiveness and safety of the warmer, which will support its progression to an article of routine widespread use, first in Rwanda and then elsewhere,” added Rapp.

The Harvard Medical School trial in Rwanda was conducted in collaboration with researchers at Berkeley Lab and UC Berkeley, and physicians at Partners in Health, Boston Children’s Hospital, and the Rwanda Ministry of Health. The field research in Rwanda was funded by the Banyan Gates Foundation.