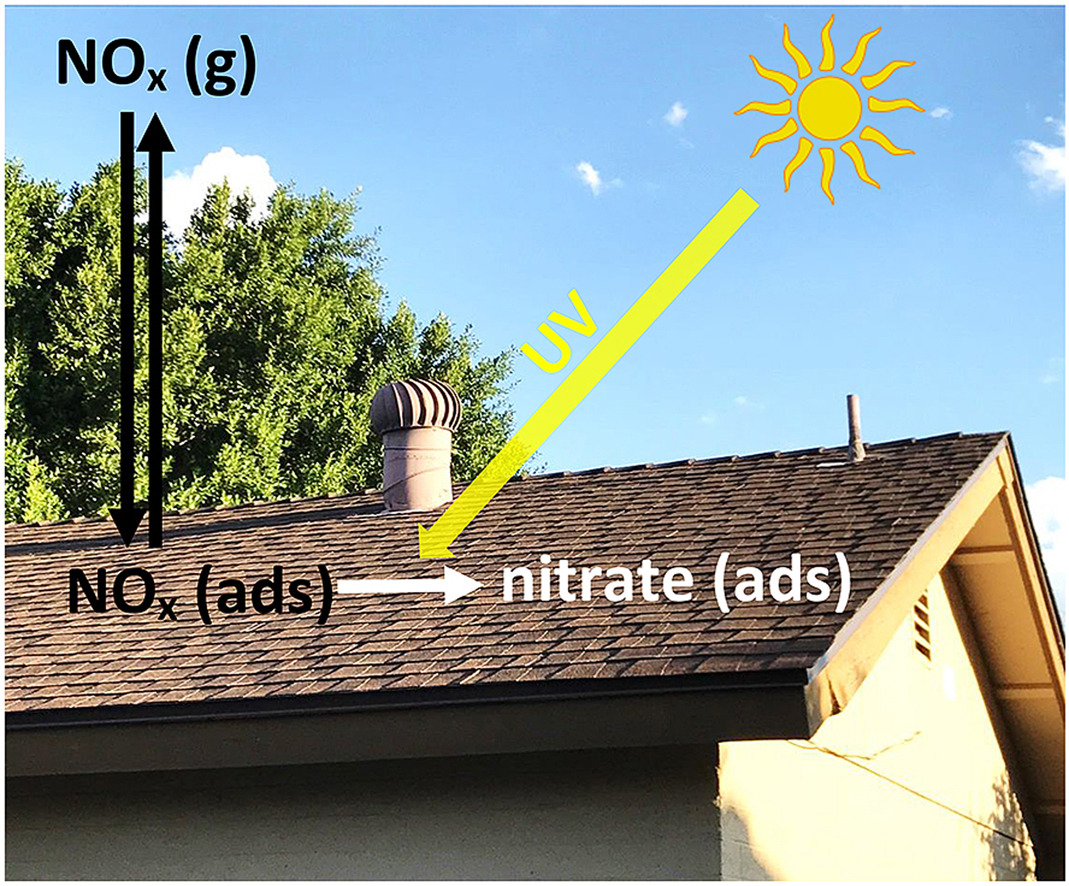 Researchers at Lawrence Berkeley National Laboratory (Berkeley Lab) recently collaborated on the development of a new kind of roof shingle that will help reduce air pollution.

The shingles’ photocatalytic granules, developed by 3M, were evaluated at Berkeley Lab during a three-year testing period to determine effectiveness and performance. The innovative methodology researchers developed during the testing can also be used in evaluations of other roof and wall materials.

The roof shingle granules, which were listed by TIME magazine as one of the best inventions of 2018, work by using sunlight to catalyze reactions that remove pollution from the air. Photocatalytic granules scrub the air for nitrogen oxides (a pollutant produced by combustion engines and a main component of smog) and use the energy of the sun to convert the molecules to non-volatile species that can be washed away by rain or mist.

“Approximately eighty percent of roofs in the United States are covered in asphalt shingles,” said Hugo Destaillats, Berkeley Lab staff scientist and principal investigator on the project. “The use of this technology in shingles -- as well as in other roofing and material -- can potentially have an impact on air pollution. As these kinds of photocatalytic building products are being released to the market, it's important to have tools in place to evaluate their performance. Our study was primarily focused on the development of those tools.”

Destaillats, along with Xiaochen Tang and Ronnen Levinson, based their testing methodology on an existing International Organization for Standardization (ISO) standard, but modified test conditions to be more applicable to building envelope materials.

For example, they changed the temperature of the surface being tested, and evaluated the performance of aged materials that had been exposed to the urban environment for several months.

“If you think about a roof under the sun, it’s clear that it will often be at a higher temperature than room conditions,” Destaillats said. “The chemistry we are studying is very sensitive to temperature -- and this particular photocatalytic reaction is faster at higher temperatures. We realized early on that working at room temperature was underestimating the performance.”

Through testing, the team determined that an average temperature of 60 degrees celcius was appropriate for the protocol, resulting in more accurate findings. This and other modifications to the standard have resulted in a unique methodology now being used to test other, similar materials for roofs and walls.