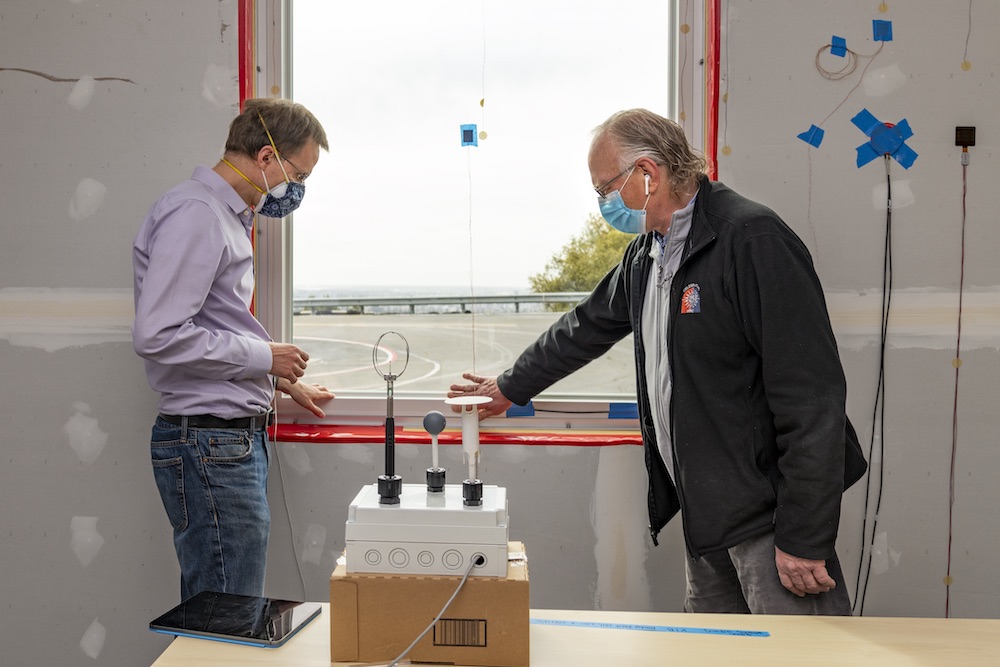 Windows make up 7% of the envelope area of a home but can account for 47% of the envelope heat loss. High-performance windows thus represent a significant opportunity for consumers to be more comfortable and save money – and help reduce energy demand and greenhouse gas emissions while doing so.

Now Berkeley Lab is teaming up with the Northwest Energy Efficiency Alliance (NEEA), the Pacific Northwest National Laboratory (PNNL), and other organizations to create the Partnership for Advanced Window Solutions (PAWS), with the aim of accelerating nationwide adoption of highly efficient windows, storm windows and shading systems.

“Berkeley Lab’s core mission is more on the research side, but of course, we’re always looking at bringing the technology to the market,” said Berkeley Lab windows researcher Robert Hart. “In this case, PAWS is going to build on the R&D basics that we have been working on for 40 years, but it’s going to bring in a lot of new partners who are more market-oriented.”

The decades of windows research at Berkeley Lab sponsored by the Department of Energy’s Buildings Technologies Office and the California Energy Commission has led to low-emissivity (or low-E) coatings now found in more than 80% of windows sold, and even more efficient products such as thin-triple glazing which has just been brought to market by multiple major U.S. manufacturers. Now the Berkeley Lab team is working with PAWS and PNNL to conduct field demonstrations of high-performance windows and window attachments and support manufacturers and utility companies with new analysis, tools, and ratings.

“Buying new windows for a home can be expensive, but if you’re going to be replacing them anyway, the incremental cost of going for a highly insulating window is not that much,” said Stephen Selkowitz, now a retired affiliate in Berkeley Lab’s Energy Technologies Area (ETA).  “In addition to saving energy, these high-performance windows add comfort, have health benefits such as reducing the risk of condensation, and add resilience to buildings in the face of climate extremes.”