CityBES: An open data and computing platform for urban buildings

Buildings in U.S. cities consume 30 percent to 70 percent of the cities' total primary energy. Retrofitting the existing building stock to improve energy efficiency and reduce energy use is a key strategy for cities to reduce greenhouse gas emissions and mitigate climate change. Planning and evaluating retrofit strategies for buildings requires a deep understanding of the physical characteristics, operating patterns, and energy use of the building stock. This is a challenge for city managers as data and tools are limited and disparate. 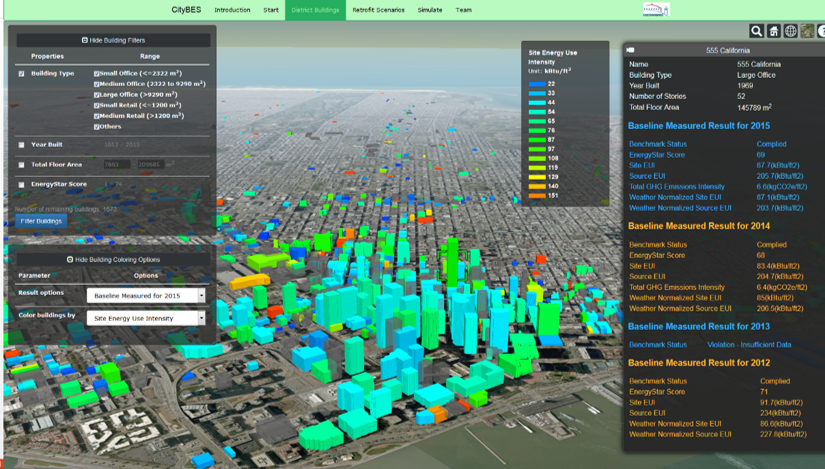 BayREN Integrated Commercial Retrofits (BRICR) is a DOE funded project which aims to enhance the capacity of energy efficiency programs to recruit participants, develop retrofits, and measure outcomes in small and medium-sized commercial buildings, which is a sector notoriously hard to reach and expensive to serve, while accounting for two-thirds of U.S. commercial floor space.

The latter is intended to offer flexibility for retrofit plans to integrate with capital improvement and maintenance cycles.

BRICR is prepared to field pilot a workflow for iterative energy modeling of commercial buildings — starting with mass building-scale simulation based on public records and proceeding through to audit, retrofit, and measurement of realized savings. 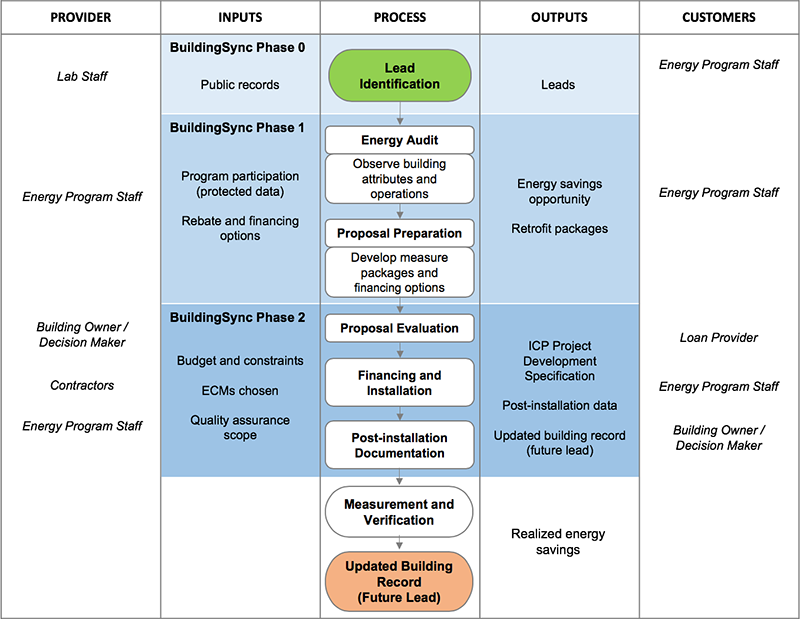 More information on the BRICR project is available at www.energy.gov/eere/buildings/downloads/san-francisco-bayren-integrated-commercial-retrofits.

The first and a critical step of UBEM is to develop a digital representation of building stock in cities which contain hundreds of thousands of buildings. The Figure shows the workflow used to create the dataset of San Francisco building stock. The land use, assessor records, and energy disclosure databases use the Assessor Parcel Number (APN) as parcel identifiers to store the building data. We first consolidated the parcel-related data and mapped them with the building footprint data to create a master building dataset with all the fields from each dataset. Next, the master dataset was simplified and standardized to create 3D city models in CityGML for all the San Francisco buildings. The Building Energy Data Exchange Specification (BEDES) was used to standardize the terms in the building dataset. The final dataset products were provided in CityGML, GeoJSON, and FileGDB formats that can be used by various urban modeling and analysis tools. 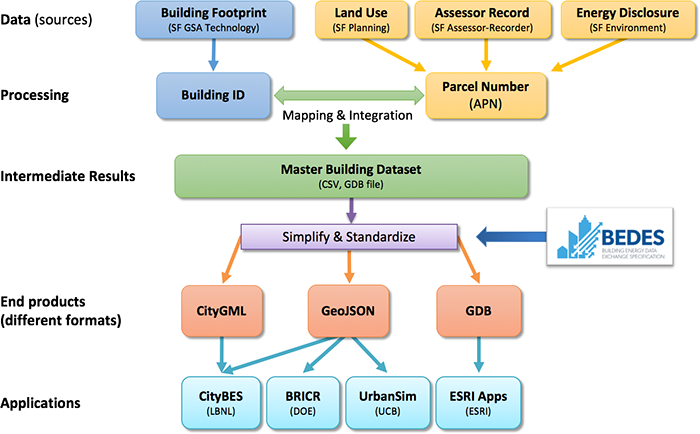 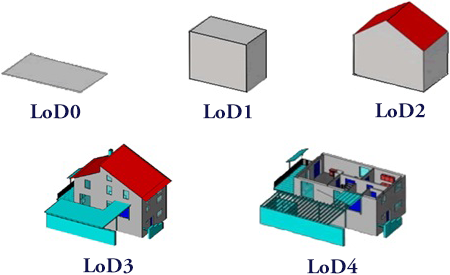 CityGML is an international Open Geospatial Consortium standard for the representation and exchange of 3D city models. CityGML defines the 3D geometry, topology, semantics, and appearance of urban objects, including buildings and their components, bodies of water, city furniture (street lighting, traffic lights), transportation infrastructure (streets, roads, bridges, tunnels), and vegetation. CityGML has the flexibility of representing urban objects at various levels of details. For example, a building has five levels of representation as shown in the figure.